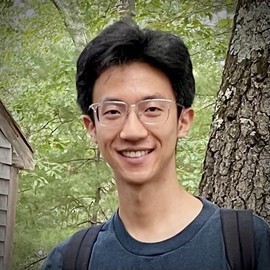 I have been fascinated by the stars for ten years. I started by catching starry skies in the midst of city neons, making star trails, shooting the Orion Nebula, and being amazed by the Perseids. I competed in the International Astronomy Olympiad in Bulgaria in 2016 and volunteered as a team guide when the International Olympiad on Astronomy and Astrophysics was held in China in 2018. I had the opportunity to work alongside astrophysicists on a gravitational microlensing event named ASASSN-18fb when I was in high school, but now I am more excited to do some galactic forensics!

During my free time, I enjoy running, fencing, getting thrilled by Formula One, and watching films and TV series.